The central concern of this book is with the "prediction problem" in biomedical research. In particular, the authors examine the use of animal models to predict human responses in drug and disease research. The arguments discussed are drawn from both biological and biomedical theory (with numerous examples and case studies drawn from evolutionary biology, complex systems theory, oncology, 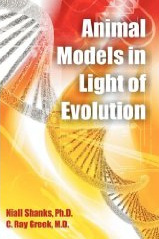 teratology, and AIDS research), and analyses of empirical evidence (concerning, for example, data on intra- and inter-species differences revealed by recent results from genome analyses of various species, human population studies, and statistical studies of the predictive utility of animal models). This book comes to the unique conclusion that while animals can be successfully used for many endeavors in science such as basic and comparative research, they cannot be used to predict drug and disease response in humans. The arguments presented are rooted in the history, philosophy, and methodology of biomedical research. This book will be of interest to anyone involved, directly or indirectly, in biomedical research (including physicians, veterinarians and scientists), and anyone interested in the history, philosophy and methodology of science.

In contrast to books written by and for the animal rights movement and books written by and for the animal-based research industry, this book honestly examines all sides of the scientific arguments for using animals in science and concludes that each group in turn exaggerates the flaws or strengths of using animals. There are areas in science where animals can be viably used but there are also areas where they cannot be so used.